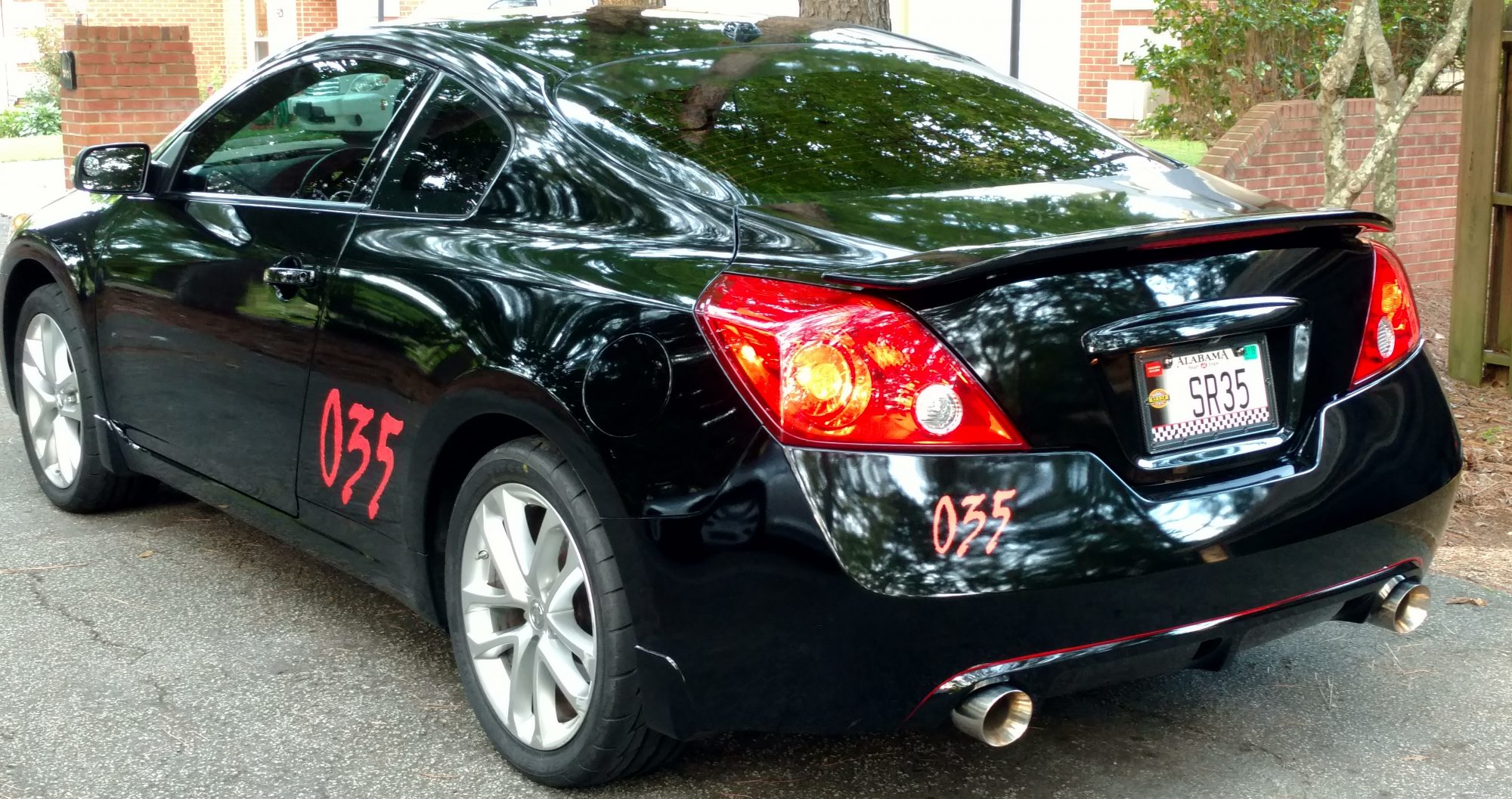 Thanks for joining me!

Some people view the automobile in a utilitarian way. I am not one of those folks. I drive for the love of it. I like to push the envelope when it is safe (calculated risk) to do so. I hope to chronicle the project named SR35 in hopes that it may prove to be of value to a follower. 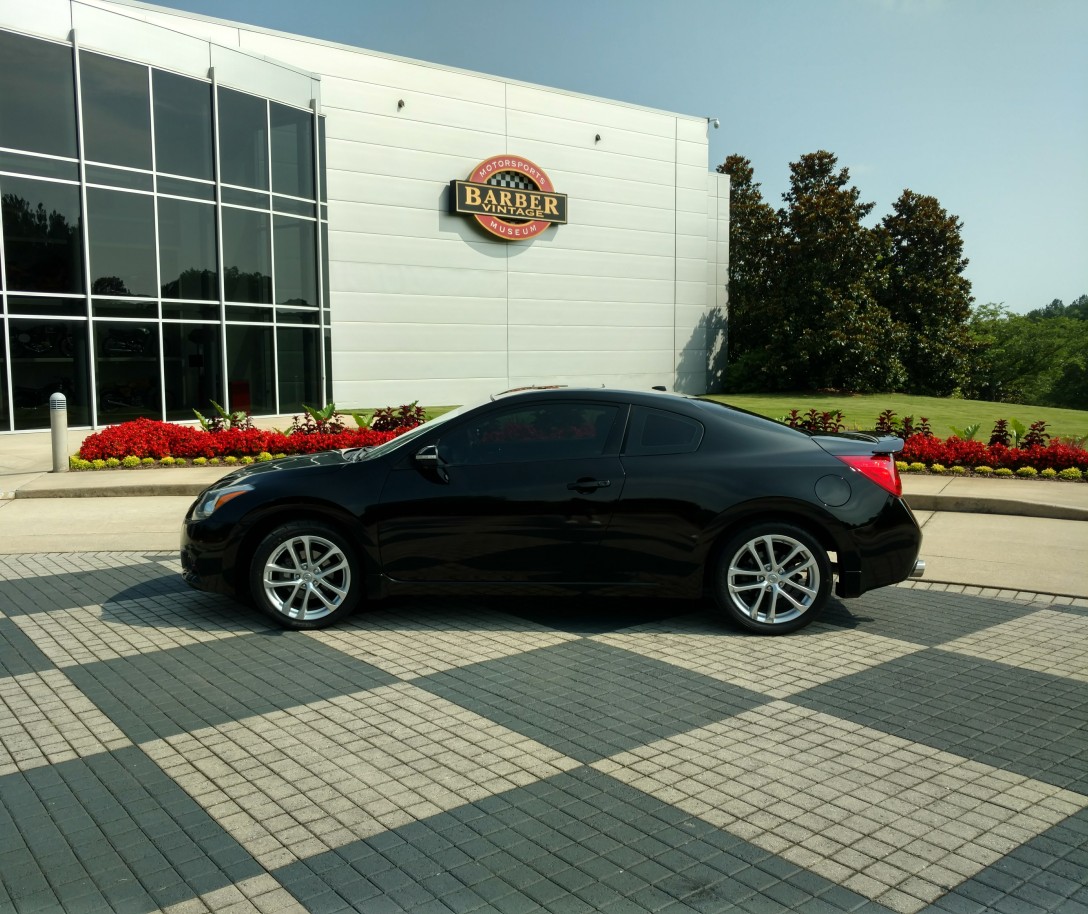 I was in need of a personal car due to my accountant recommending my truck become the buisiness fleet vehicle. I had a list of cars in Atlanta to look at and was on my way to purchase a Jaguar XK8 convertible, if it was a solid car. It was a piece of junk. I looked at a Z4 and it just didn’t feel right. I called the guy on this Altima and it was only 3 miles from the Z4 so I went to look at it.

On arrival he had an older G35 coupe as well. It was a mid tone gray and a little rough with 180k miles. I looked at it and then the Altima. I decided to test the Altima out.

It was obvious that it had been painted. However, it was a solid ride and immaculate. With only 86,000 miles on a 6 year old, Black on Black 6 speed v6 with plenty of pep. I got him a cashier’s check and started driving back to Birmingham through Atlanta rush hour traffic I had time to think.

First thing is that the Black needed the windows tinted and second it was too quiet to properly represent its strength. So, I made the appointments while stuck in traffic. I like my litle fwd Altima.. It is not thought of as a sports car, and that increases its appeal to me. Now on to the mods. The summary of the first 3 days after purchase video link is- https://www.youtube.com/watch?v=BNtrVLrMPIU